Exceptions and limitations in copyright law should be guided by a desire to seek an appropriate balance between the competing interests of authors, rights owners, consumers, entrepreneurs and future creators. This seminar discusses the development of fair dealing and fair use laws that cover parody, satire, caricature and pastiche (PSCP) in the United States, United Kingdom, Singapore, Australia and Hong Kong over the last decade, and critically analyses the attempts at converging toward a general fair use standard. It advances the argument that the proposed PSCP fair dealing provision is highly protective of freedom of speech, and suggests how PSCP might be protected in Hong Kong in the light of the impediments against its enactment into law.

Associate Professor David Tan is Vice Dean (Academic Affairs) at the Faculty of Law, National University of Singapore, and oversees the academic curriculum for both undergraduate and master degree programs. He is the first at NUS Law to be appointed to the Dean’s Chair. He holds PhD, LLB (First Class Hons) and BCom degrees from the University of Melbourne and a LLM from Harvard.

Fair Dealing: Have We Had Fair Use All Along? 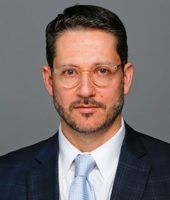 Fair Use as a Collective User Right