Liability of Internet Host Providers in Defamation Actions: From Gatekeepers to Identifiers

Abstract: Internet intermediary liabilities in defamation actions have posed vexing legal problems in the new Internet social era of Web 2.0, especially when users can generate and spread their own content anonymously without being easily identified. This often puts host providers of discussion forums in a difficult position. Interestingly, different legal approaches were put forward in three jurisdictions in 2013. First, the European Court of Human Rights held in Delfi AS v Estonia that an Internet news provider was liable for the comments posted by its readers despite the fact that it had removed the objectionable content upon receiving notice from the claimant. Second, the Hong Kong Court of Final Appeal decided on the liability of online service providers in the case of Oriental Press Group Ltd. v Fevaworks Solutions Ltd. It confirmed the decisions of the lower courts and ruled that the provider of an online discussion forum is liable for defamatory remarks posted by third parties, and that therefore when it has received notification from a complainant it has a duty to remove the defamatory remarks within a reasonable time. In both the Delfi and Feva judgments, what has been decided but far from settled is an online host provider’s duty to monitor. In contrast to these two positions, which treated host providers as gatekeepers, the third alternative was provided by the newly amended Defamation Act of the United Kingdom. To a great extent, the duties and liabilities of host providers under the new regime depend on whether the originator of the defamatory statement can be identified. In comparing and studying the approaches applied by the three abovementioned legal regimes, this paper argues that it is necessary to have a special regulatory regime for Internet host providers. To be fair to host providers, users and victims of defamatory statements, clear guidelines on host providers’ monitoring duties and ground rules for users should be stated at the outset.

Who’s Got Your Back? Securing Trust and Agency in a World of Backdoors & Gatekeepers 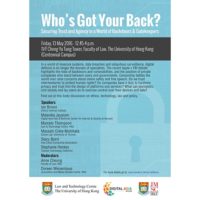 Beyond Gatekeeping: The Normative Responsibility of Internet Intermediaries 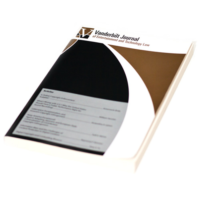